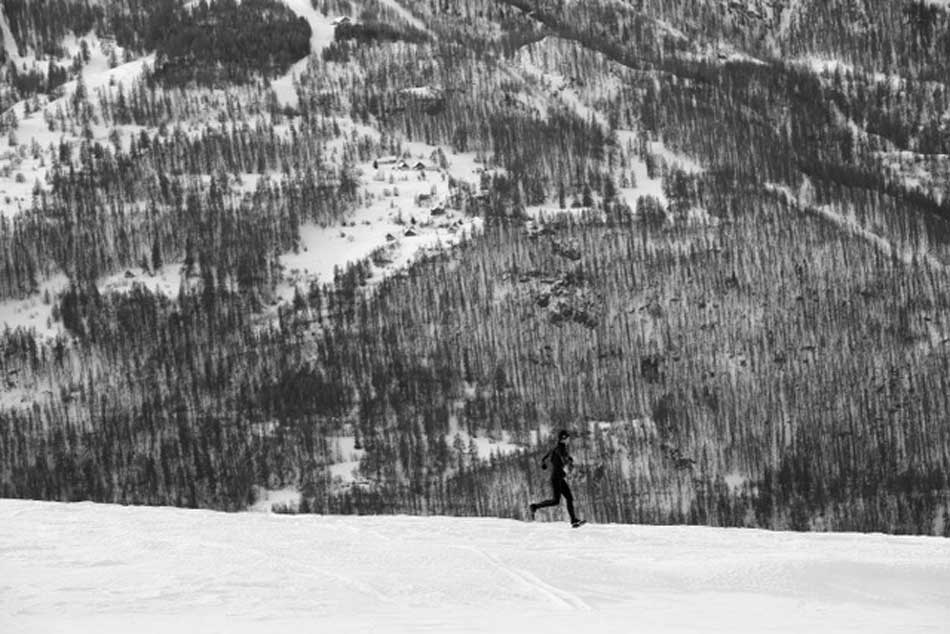 There was the click, click, click as 200 runners took off from the start of the 10km and 20km Serre Chevalier Snow Trail runs, studded grips on trainers strafing the tarmac like sniper fire. But if you didn't have grips you were in deep trouble because one kilometre into the trail and we were off road on icy snow.

Everyone was dressed, ninja style, for the cold wearing leggings, long sleeve tops, gloves, buffs and baraclavas because at 9.00 on Sunday morning it was -12C. Personally my hands, even in gloves, were freezing until around 4km having had to swap the cold metal of my ski pole from hand to hand. Yep, a ski pole - or poles - was another useful accessory for what turned out to be a challenging 10km run, hike and slide around the south facing slopes of Serre Chevalier.

Well, I say 10km but, according to Strava, everyones' smart watches were reading between 11.70km and 11.80km after the finish and, believe me, those extra one and three-quarters kilometres were punishing. But the explanation according to the organisers was that damage in the forest during the storms in November and December meant changing the route from the original plan.

I'm all for going the extra mile in life but I'm just glad I didn't know that there were nearly two extra kilometres when we set off.

The ascent was just a head down long, hard slog. I managed to keep a steady jog for at least half of the 6km uphill when the deepening snow got the better of me. When we reached the well-tracked Granon road it was a relief to run on again for a kilometre until meeting a couple of stewards pointing down to the left. Ah downhill, great. Off piste with breaking crust not so great. It was like wading through, er, deep snow.

The sound of an accordian, wafting up from a tree after a couple of hundred metres, though, certainly made me smile. Braving the cold and isolation of a snow field in the middle of the Granon wilderness, a French guy was valiantly accompanying runners with a jaunty tune and the gusto of a busker on the Paris metro. 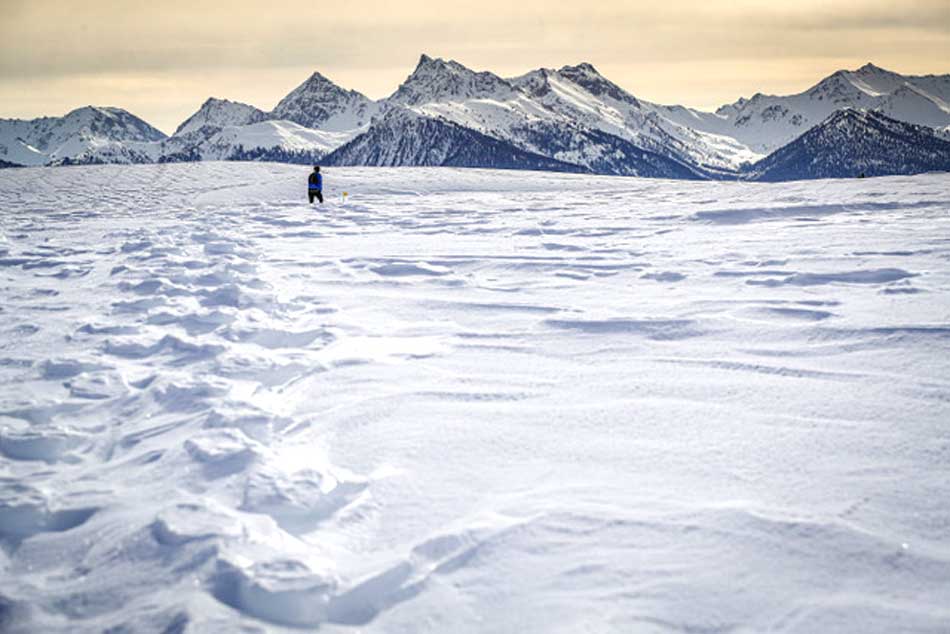 Through the woods and across a stream or two, the track turned into a narrow downhill chute. Even with grips I was sliding on my butt. Then I heard 'attention' (French accent) from behind and the guys doing the 20km route started to overtake me with the agility and speed of snow leopards leaving me, morally, flattened on the ice in their wake.

Finally we were back on the road above La Salle les Alpes with watches reading 10km. But there was another snow field with calf-high snow to power through (would have loved it on skis) then through the village and to the finish after 11.75km.

It took me 2hrs 14mins (the winner did it in less than half my time, 1hr 6mins). I was the only Brit and non-French competitor, the oldest in the race out of men and women but, hey, I wasn't the last and I won my catefory MF6. So I had the honour to receive a prize on the podium, a physio session at Go Cryo and the smallest bar of soap I've ever seen. 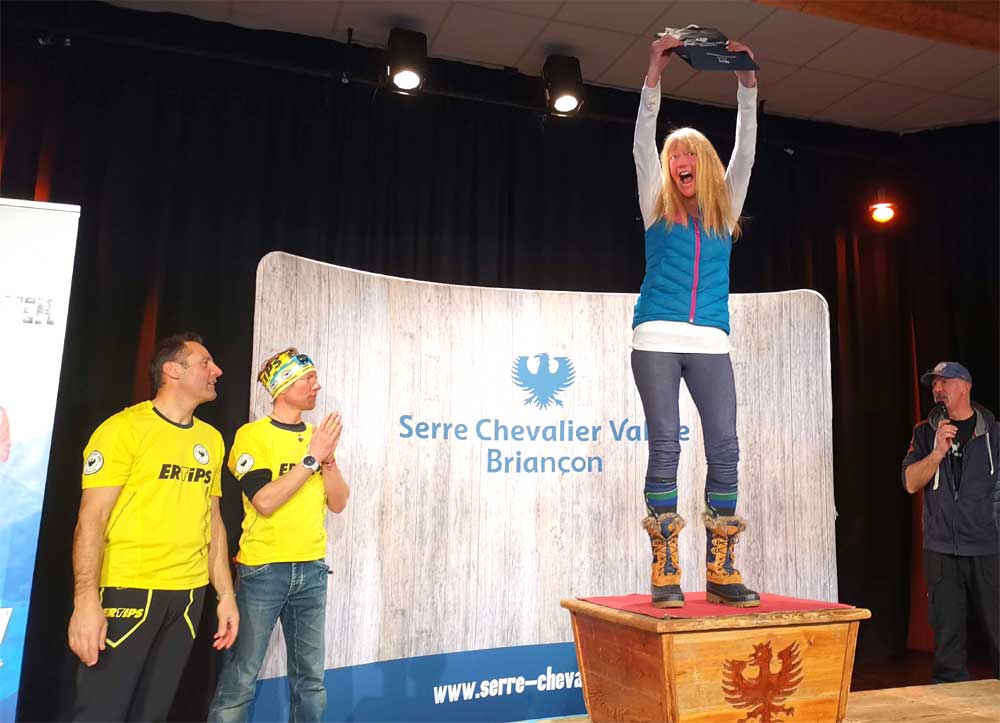 Even when I was fashion director of Cosmopolitan, I was more often in Nikes than Manolos. I ran six marathons, numerous half marathons. Said ‘never again’. Then Siggy took up running – and I was off...

Born 26 weeks premature twin baby, weighed 26.2oz. So born to run 26.2 miles! I've now completed my first marathon. I am also a Sports Massage therapist born to help others in their fitness journey... ...